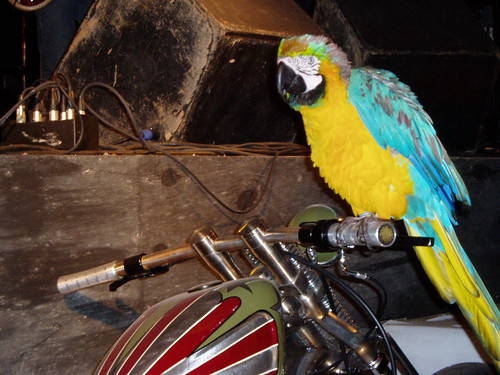 Aeromach USA and Brass Balls Bobbers were appearing at the 2009 edition of Biketoberfest in Daytona Beach, FLA so on Thursday morning I loaded up the 07 Nightster and dropped the hammer for a 570 mile run to the ocean.

As I was leaving Durham, NC the weather that spewed rain and snow across the Midwest moved in and kept me company from Durham, NC to Savannah, Ga. Needless to say, after many hours on the road with multiple stops for heat replenishing coffee, my leg was cramping, my knee was popping and my head decided it was time for a sinus headache.

So instead of making it to Tattoo Willies to hook up with Edge, Roadside Marty and Dar Holdsworth of Brass Balls Bobbers I parked it at Red Roof Inn outside of Jacksonville, FLA.

Friday morning I made a quick run into Daytona Beach and hooked up with Paul Aiken of Aeromach USA. 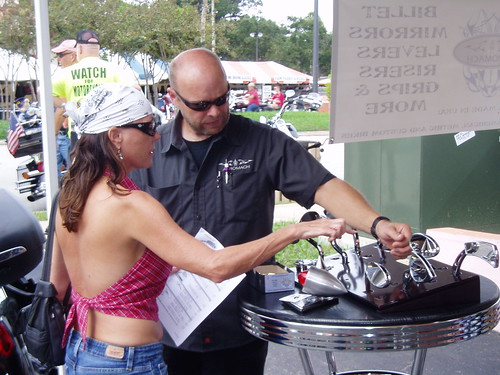 Earlier this year he purchased the firm and moved it to Davidson, NC. They build high-quality billet aluminum accessories, which includes mirrors, arms, risers, grips and levers.

Aiken was working the crowd outside of Miller’s Custom Parts in S. Daytona Beach. Miller’s has one of those great stories… It was established in 1978 by George Sr. and Ida Miller, a young couple who moved from Maryland with hopes of starting a new life in a warm climate. They cleaned out their savings account, mortgaged their car, and put every ounce of energy they had into making their dream come true.

The people there are very nice a helpful. I had a header nut back out so I went in a got a couple of nuts for a $1.50. (I can honestly say this is the cheapest amount that I have ever paid at any Harley store in my life!)

After a couple of hours I left Miller’s and then hooked up with Brian and Dar of Brass Balls at Harley-Davidson at Destination Daytona on1637 North US Hwy 1 in Ormond Beach, FL. I wanted to meet Shelly Rossmeyer. As you can imagine she was quite busy but I did get to meet and speak with her. 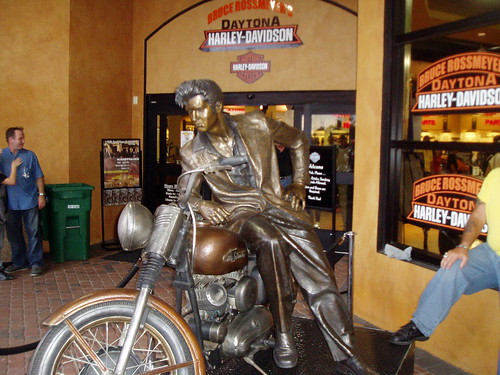 Elvis Showed Up at Destination Daytona

The big event for the evening was happening at the Broken Spoke Saloon. Dar’s award-winning Military Bobber was raffled off and given away on Friday night. 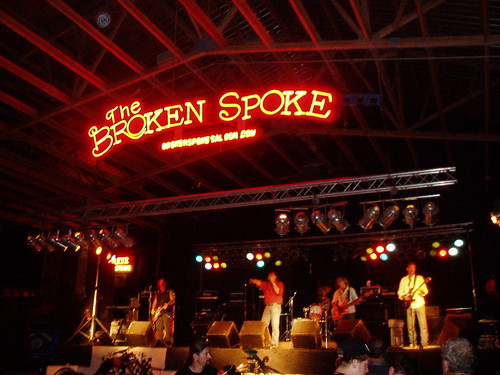 Houses of the Holy @ Broken Spoke

The motorcycle was given away after the Led Zeppelin tribute band “Houses of the Holy” played and right before the Foghat concert.

Note: Foghat is a British rock band who had their peak success in the mid- to late-1970s. Their style can be described as “blues-rock,” dominated by electric and electric slide guitar. The band popular songs include “Slow Ride and “I Just Want to Make Love to You”. 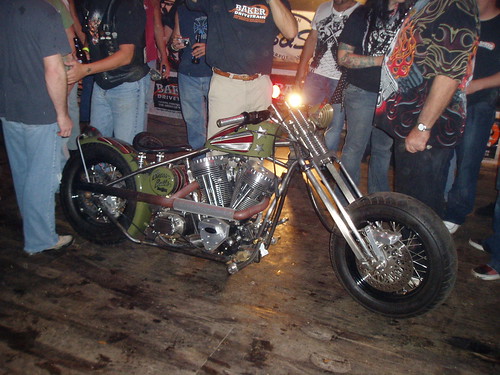 BossMan, Dar Holdsworth, came down to Daytona to giveaway the Military Bobber

Jay Allen of Broken Spoke Saloon got the crowd stirred up by getting the Brass Balls’ Military Bobber and the Bill Dodge Iron Sportster in a burnout competition. It was great fun and the sound from these engines on full song was something special. 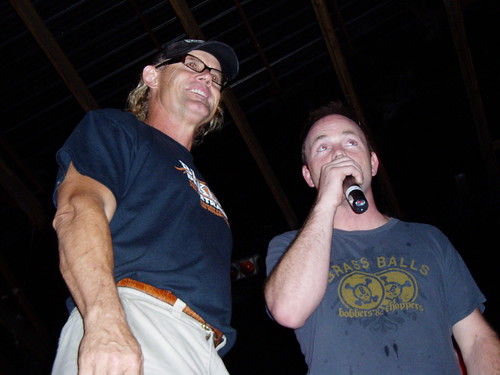 Dar Holdsworth Announces the Winner of the Military Bobber

The proceeds from the Military Bobber raffle went to the Intrepid Wounded Heros Fund. The money is earmarked for veterans returning from Afghanistan and Iraq that have sustained traumatic head injuries. 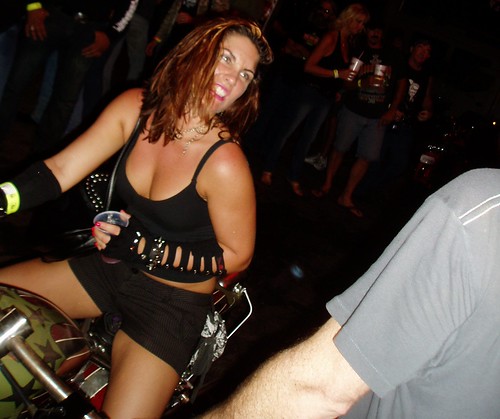 Needless to say the music was outstanding, the beer flowed, the girls were excellent and the Bobber was awarded. 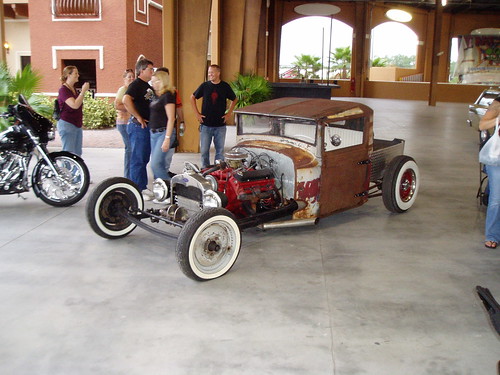 All in all, it was a great weekend. On Saturday afternoon I threw a leg over the orange and black Nightster and headed North for the return trip.

I felt punk’d on the way down and had not recovered before returning Durham. I was gassed just an hour inside of Georgia so I pulled into a rest area and used my backpack as a pillow as I knocked off a few zzzz’s. Maybe too many zzzz’s as I restarted late in the afternoon and was met with cold slate-colored rain in Savannah, Georgia. I kept at it but was cold and wet as I finally pulled into Ridgeland, SC.

Sunday was clear and cold. The mercury hovered in the mid-forties and the ride was one long shiver into the Bull City.

Biketoberfest is the last blowout for the year before winter sets in. Bikers were in a good mood and happy to find something to keep their mind off of the economy. The sun and the surf seemed to do it.