Many internationally known custom builders headed to Sturgis to compete in the 2011 World Championship of Custom Bike Building but it was a relatively unknown customizer that took the top honors. 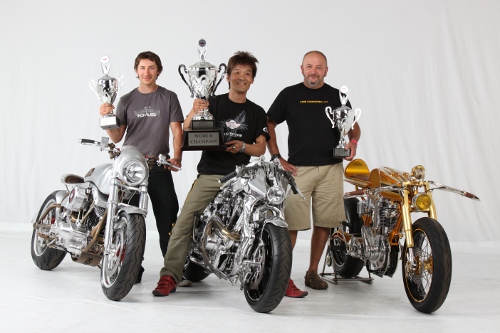 After working on his bike for 3-1/2 years Ken Tabata, of Tavax Engineering, Yao City, Osaka, Japan, appeared in Sturgis and now he is preparing to leave as the 2011 World Champion of Custom Bike Building. He describes his winning bike, TAVAX2011V, as being designed to look like a Cheetah about to pounce, all dynamic movement and power.
END_OF_DOCUMENT_TOKEN_TO_BE_REPLACED