From ‘Busas to Harleys, high-end custom paint was the theme of the show. Enthusiasts were treated with some of the most outstanding designs and creativity seen on the circuit.

The J&P Ultimate Builder Custom Bike Show rolled into inclement weather for the Atlanta edition of the show. Even so, hearty enthusiasts made their way into the venue to see the latest from the OEM manufacturers and then got blown away by custom sleds on display.

Ultimate Builder Retro MOD Class
Brad Powell of BradBikes rolled in his Norton Streetracker early on Saturday morning for the Ultimate Builder competition. His top competitors included a Triumph chopper and a sano XS-650 café racer. When the dust settled his custom-built Norton took home the gold with one point to spare.

Ultimate Builder Performance Custom Class
Paint was on display with Uptown Grafx taking 1st in Performance Custom class and MOD Street class with bikes that featured high-end mural work. Michael Demby of Uptown Grafx brought God of War, a 2003 Hayabusa. It features a 7” tablet, sound system, GPS in left side mirror and a rear camera sync to the right side mirror. The 240 rear tire and stretched swingarm rounds out the mods.

Ultimate Builder MOD Street Class
When Tyler Hughley rolled his 2010 Can-Am Spyder into the Atlanta hall, he provided the Ultimate Builder with their first Can-Am in their national competition. And first time was the charm as his 3-wheel sled took the 1st in the MOD Street class competition. It features a full airride suspension and killer paint by Uptown Grafx.

Rich Worley of American Biker hits the Trifecta—Not only did Worley win the FreeStyle Class, he also took home the awards for the People’s Choice and the IronWorks Editor’s Choice. With that he receives a custom lid from Bell and a write up in IronWorks Magazine.

Micheal Demby of Uptown Grafx and Steve Studstill of Biker’s Dream are the co-winners of the SHO DOG with Studstill securing the  Garage Leathers Solo Bag and Demby receiving the  Rocking K Customs‘ Chain Wallet.

Pics from the Show 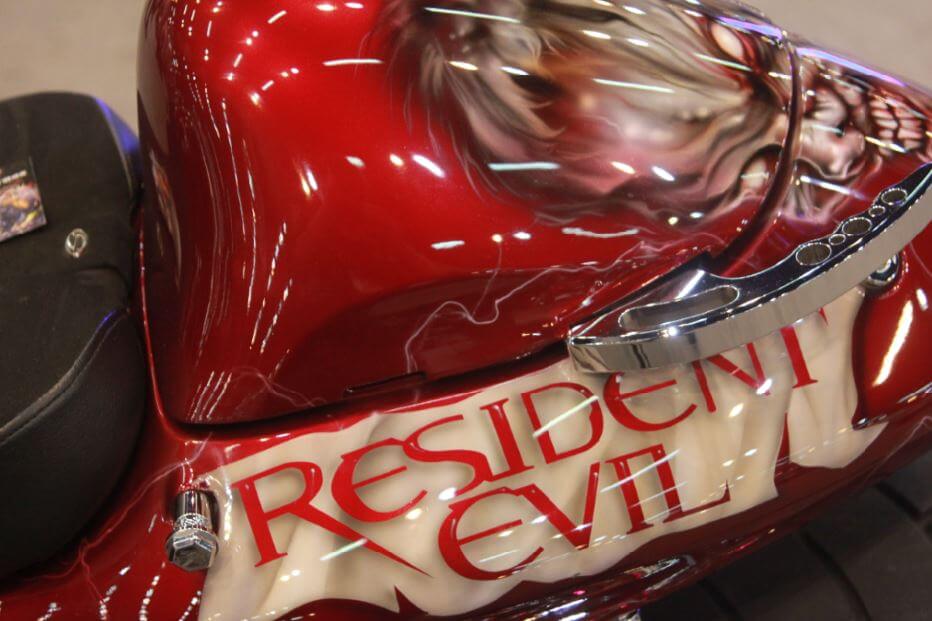 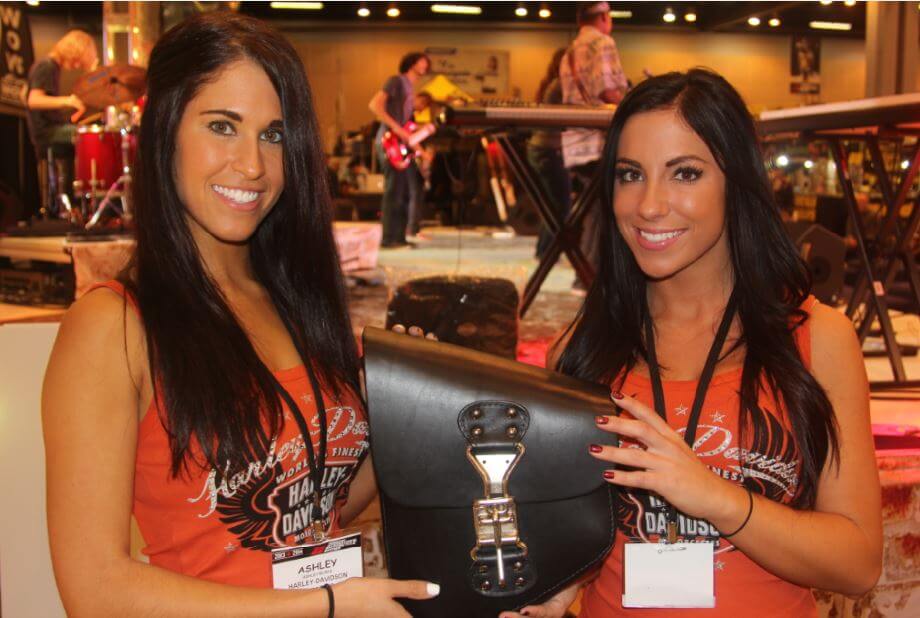 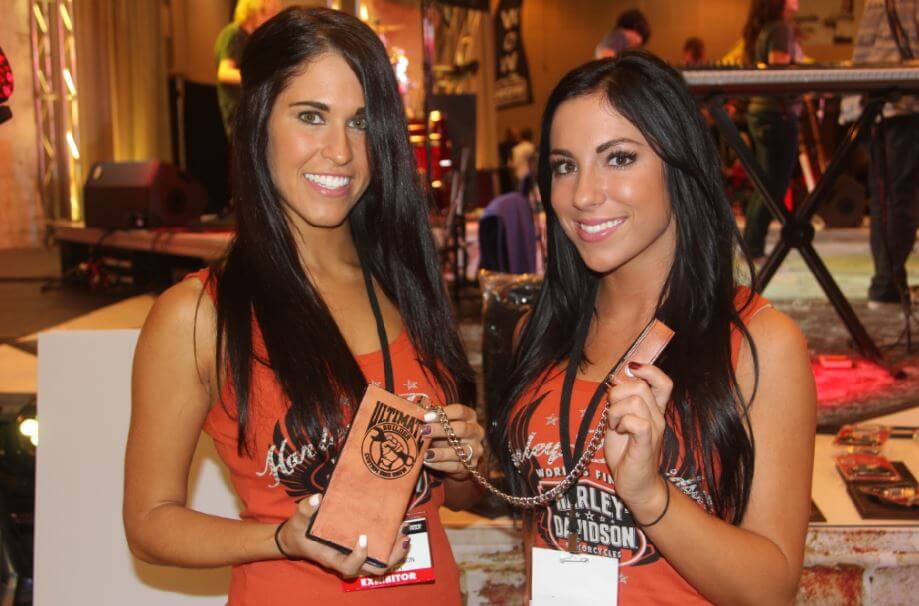 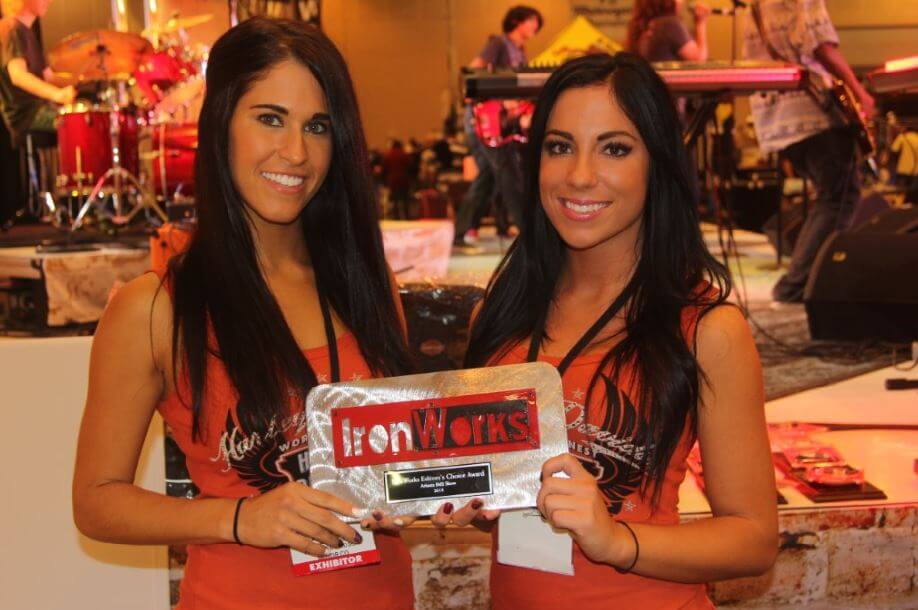 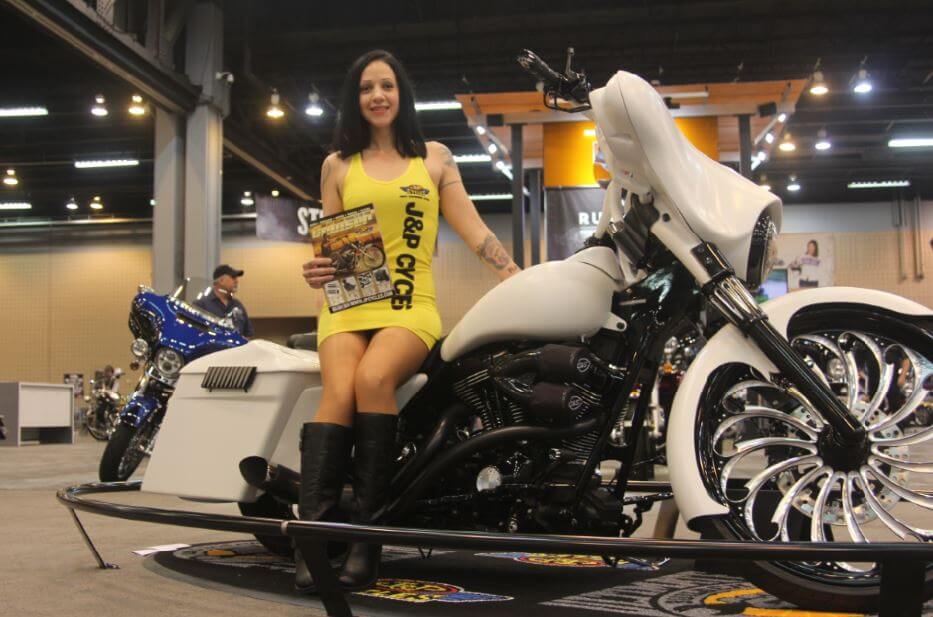 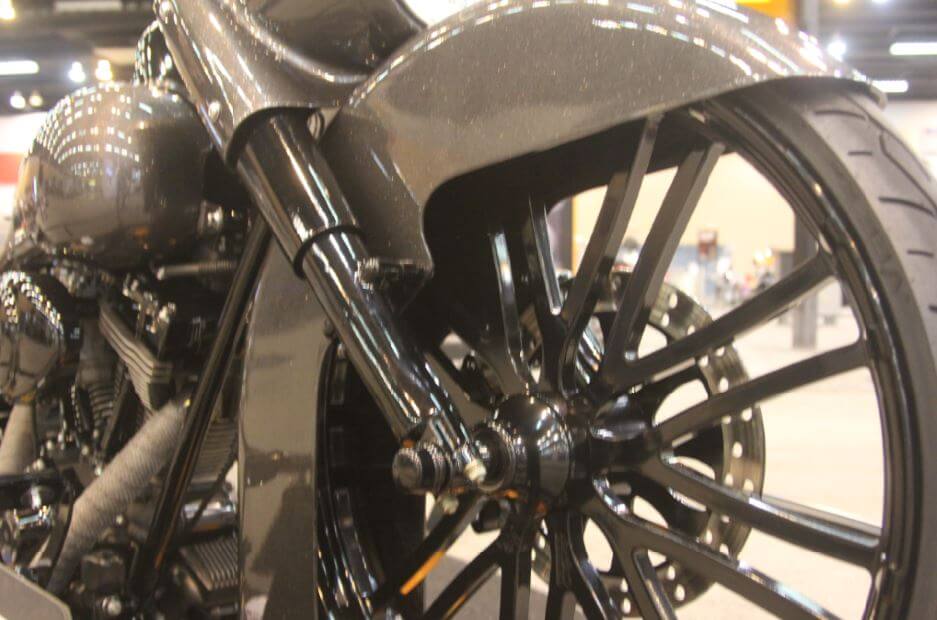 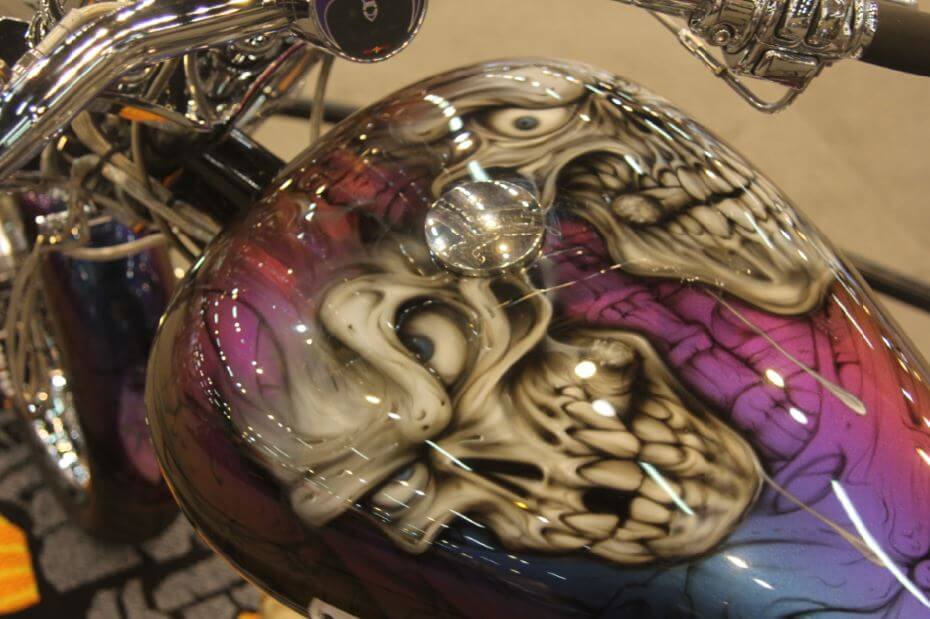 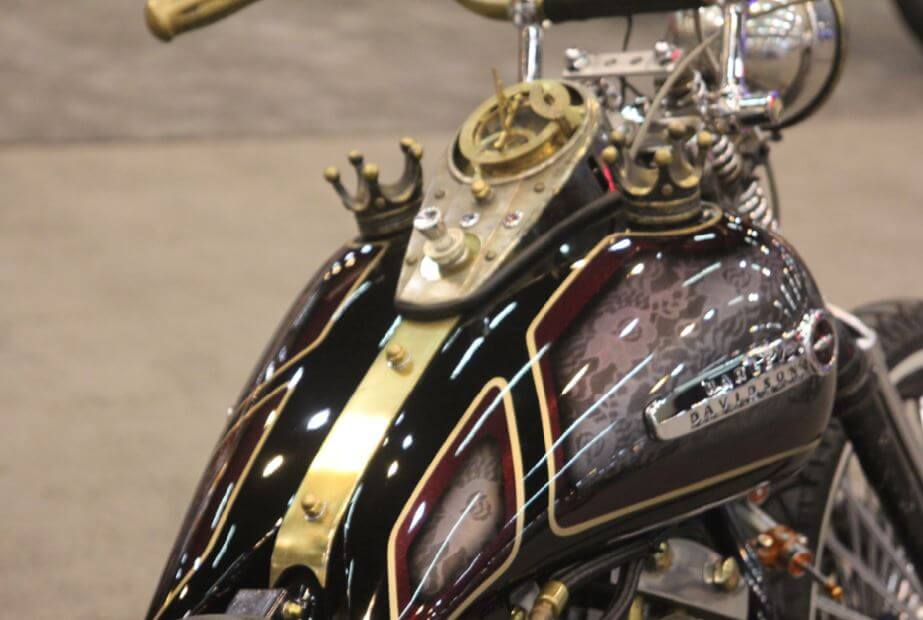 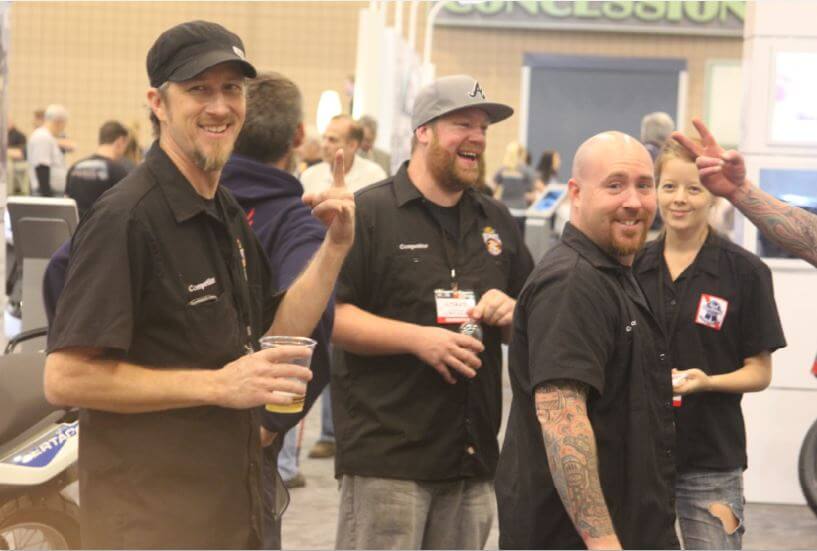 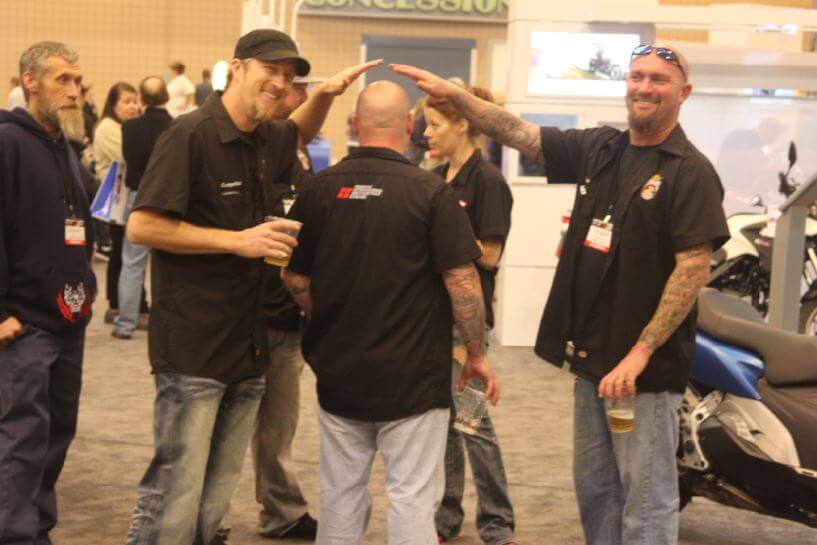 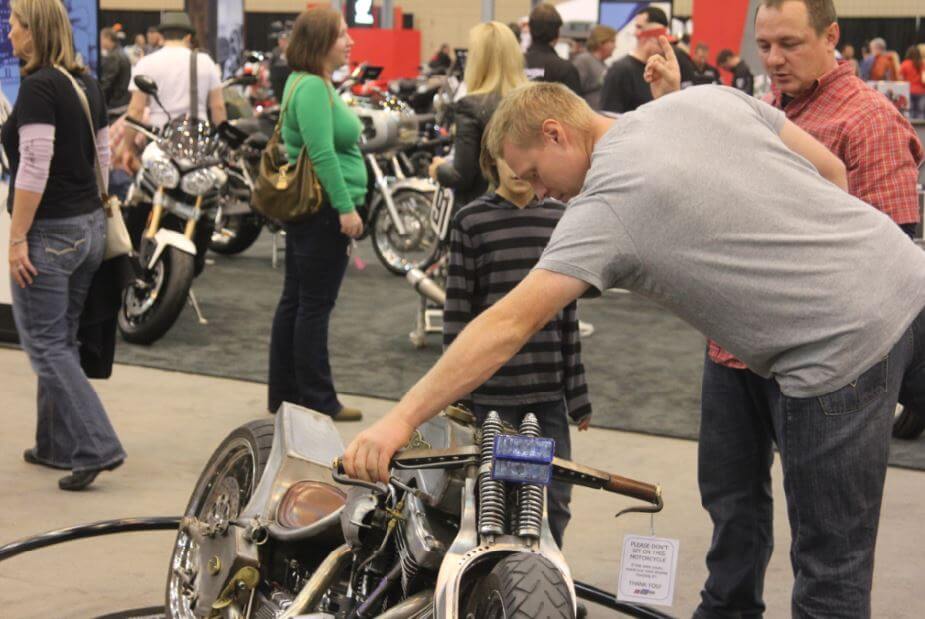 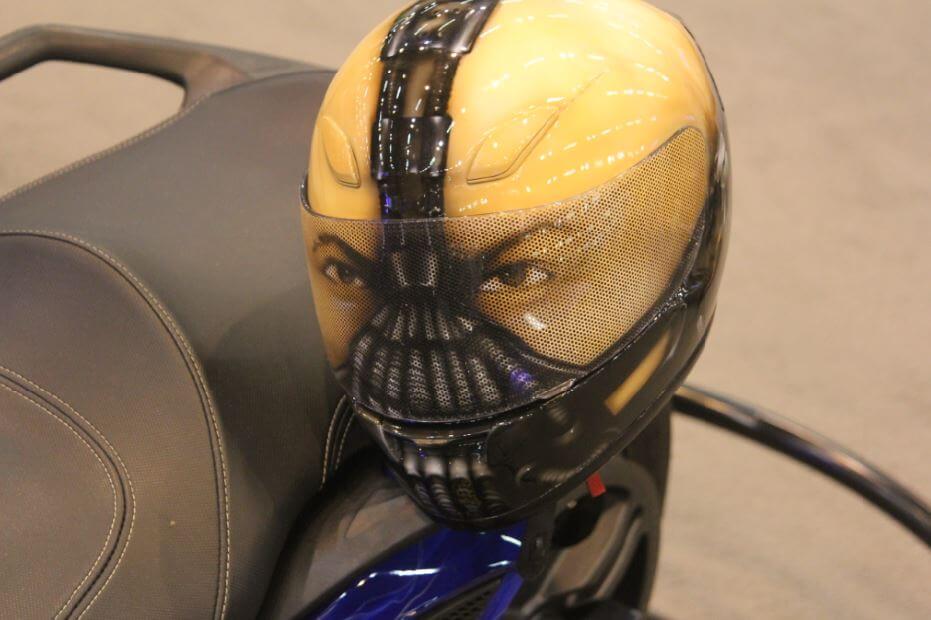 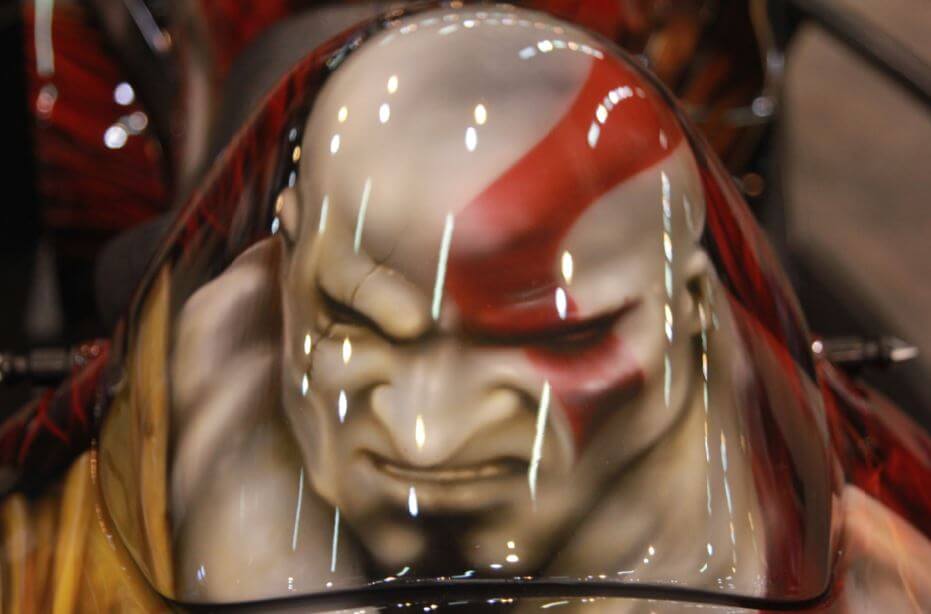 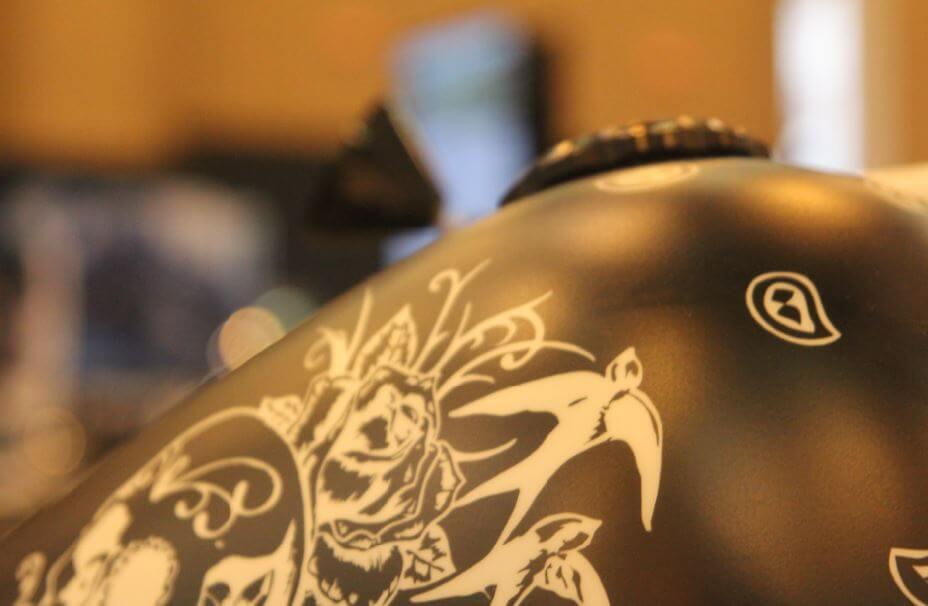