The team at Biker Pros pulled together a garage party and SS Trike Introduction at A Bikers Garage in Roanoke, Texas. 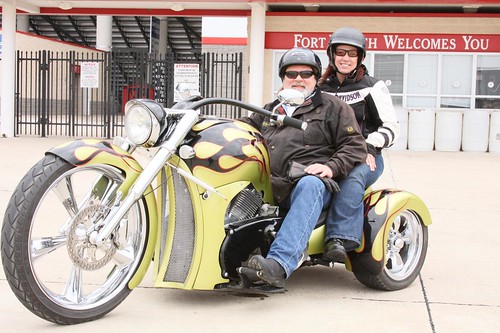 Robert Filla of Thunder Press and Penny Oseiki of Barnett’s Magazine took the SS Trike for a press run to the Texas Motor Speedway. They evaluated it on speed agility, ease of maneuverability in the parking lot and in traffic.

The Biker Party started in the morning with Trike rides throughout the day culminating with a wine and kabobs reception. The band played Led Zeppelin as burnouts punctuated the Texas night. 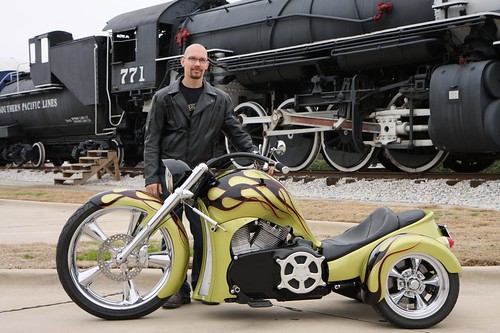 Jason Neiman Standing Next to his Creation

Jason Neiman designed and engineered the trike and his dealers are taking deliveries of the bike in 2010.

The sound of the trike is like no other. It burbles like a 57 Chevy hot rod and utilizes a baffled chamber exhaust that provides a distinctive and satisfying exhaust note. The 2 into 1 pipe provides the 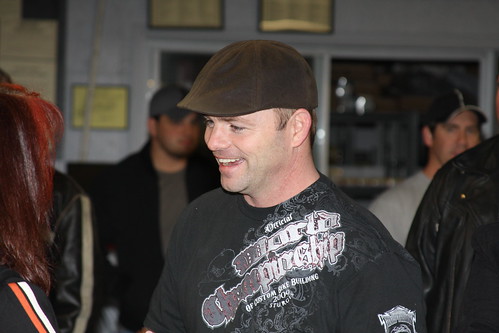 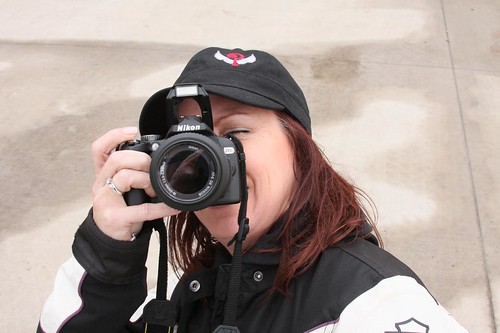 Penny O of Barnett’s Magazine getting the Scoop 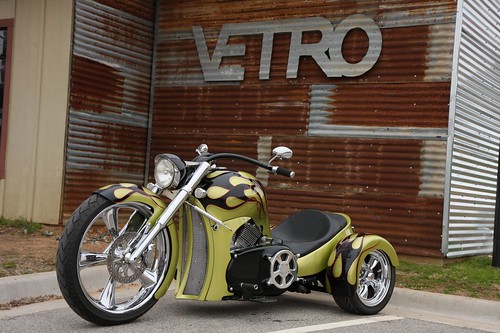 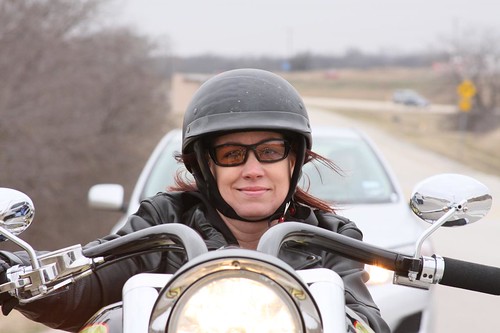 A Satisfied Woman is One on a Trike