Phoenix, AZ is known for Baggers. And when the J&P Ultimate Builder Custom Bike Show rolled into Phoenix, the Baggers rolled out for the International Motorcycle Show and into the Custom Show.

Big wheel sleds from Sideshow’s Cycles, Insane Asylum, Spooky Fast, Bagger’s Inc., Torch Industries, Stellar Cycles and Brian Jenkins of Hatred Industries all had something to offer. And with all that fire power, only one Bagger took a win. Bananas!

I spoke with Scott Moore about his Jim Nasi built bike and he was on the fence about entering the show. He was sure that his pro-street bike that features 60 degree rake, negative 3” in the backbone and 3-D wheels would not be enough to get him a “W” in the competition. Scott was wrong. The photo-realistic paint and round-cylinder mil really made the bike standout. He took home a $1,000 check.

The competition was close in all classes. A vote one way or another would have changed up the results in all classes. In Retro MOD we had to assemble a VIP judging panel as the top three bikes were all tied. After deliberations, Rick Nolan was selected for the win and he took home the $500 check for his Nickel Pan.

Scott Owens of Insane Asylum is a guy that custom guys and manufacturers go to for builds. He is equally adept at building SEMA cars as he is in building two wheel customs. With his winning 2011Honda Stateline build, you can see his auto pedigree from the way you can get to all the moving parts. With less than eight bolts and a few minutes, you can remove the gas tank and the entire rear section. sweet! It features paint by Gooby and custom bags and fairings.

The Show Dog award recipient from Phoenix was Tako. This award is presented to the individual that consistently works the crowd during the weekend to increase his or her business opportunities. The People’s Choice Award winner was Dave Del Maestro from Sideshow. His bike featured a Kraft Tech frame, Kiwi Indian leaf spring front end, S&S Knucklehead and port hole gas and oil tanks.

The J&P Ultimate Builder Custom Bike Show is installed in the International Motorcycle Show and is produced by Biker Pros. Each show utilizes peer to peer judging were the builders judge each other. If required, a VIP judging panel is assembled to address any voting issues. 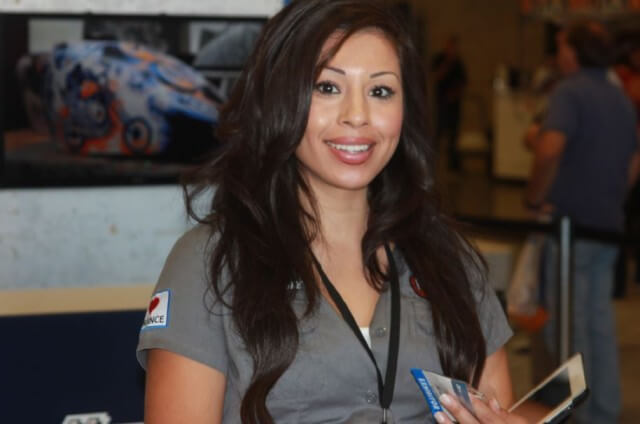